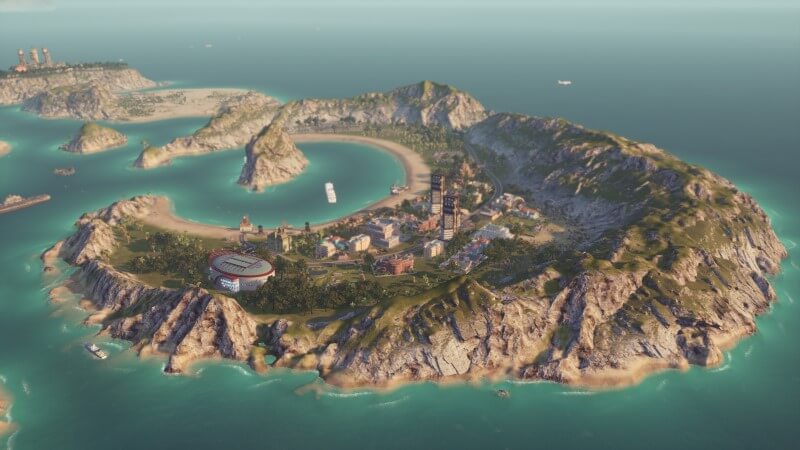 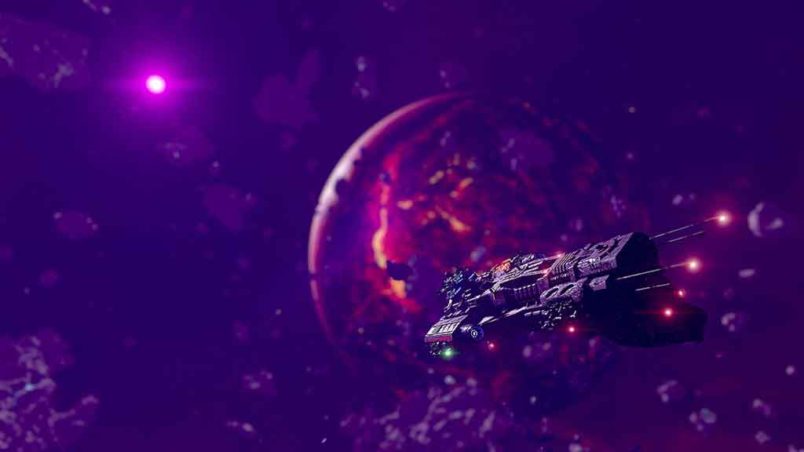 Between the Stars is an odd game. In a good way!

We’re talking about a new successful Kickstarter campaign. It raised almost 38.000$ for the indie game dev studio Isolated Games in Barcelona. It is scheduled to be released in Q1 (maybe Q2) 2019.

This game set in space is actually an RPG hybrid with roguelike, management and shooter aspects.

Following the story of an experienced captain who just lost his/her ship, your objective is to upgrade your ship and crew, make decisions, convince others to join your cause and, obviously, fight the baddies.

The RPG aspects of the game have been reinforced with dialogue choices that actually matter and …dice throwing. -I know. Throwing dice in space is funny.

To be honest, I had a hard time figuring out where to start my analysis for this game. It is so different from other games that it becomes hard to pick a corner to start unveiling it.
At the same time, it shares similarities with so many “very” different space games like Star Citizen, Freelancer, X4: Foundations, Fractured Space, Avorion or FTL.

Your path through the stars

Something I love about space games is the inevitability of movement. You’re always going somewhere doing some thing – and the way game devs mimic the movement of a large ship truly enthuses me. I love feeling the (weightless) weight of a large ship moving slowly and sometimes carelessly through an asteroid field.

Oh, by the check out my post on Sea of Thieves! You’ll understand where my poor space sailing skills come from!

Even though Between the Stars focuses on combat between medium-sized ships, it does that very well. It is not that easy to fight in an asteroid field and you’ll notice that it almost feels like you’re commandeering a real sea ship instead of a space combat fighter.

This somehow adds glimmer to that special Enterprise feel of exploring space and interacting with other crews – which happens often. Combat can be dangerous and …unnecessary.

As expected, they’ve added space stations and planets where you’re able to dock, trade, repair and interact with quest givers. Crew combat is also possible against other ships and it relies strongly on dice throws and crew experience.

You never really know where the game will lead you to next – you get to interact with other ship crews, explore abandoned shipwrecks or delve into dangerous uncharted territory. Your choices on how to approach these events are critical as they will affect the outcome of the situation.

When exploring an abandoned ship stranded in space I came face to face with a beserk A.I. in critical defense mode. It was trying to protect the ship’s components from intruders.

I felt like my poor choice of words mattered. Even though I knew the final outcome was likely going to be similar since it was still an early mission.

The fact that the game tries to present itself as unique in each playthrough is very refreshing as it does so gracefully.

Procedurally generated space, crews events work well with the space theme, since you truly feel like an explorer in an unscripted universe.

Here’s a notice to the general public: please stop comparing procedural games to No Man’s Sky. Don’t take one bad marketing example to kill a dev technique that can be incredibly fruitful.

The audio experience is great, except for certain dialogues that seem poorly recorded and an average voice acting.

This is not yet the final release version of the game, but it feels a bit sad that the game lacks characters with a strong… character… and an enticing voice to go along.

The audio graphic representation is incredibly accurate though! It feels like they’ve spent more time coding the audio bars than actually recording the audio!

In the absence of physical characters and advanced facial expressions, the sound is critical to convey strong emotions that will drive the narrative! I know we’re in space but… sound matters!

The color of a black hole

The graphics are incredibly sharp and colorful.

Even though the UI, space stations and asteroids lack some style and sophistication, the ships planets and backdrops look amazing and combat and special effects are a delight to the eye. 5760×1080 resolution is supported, but the UI does not adapt well.

The game also lacks the complexity of trade lanes that Elite Dangerous or X4: Foundations sport, but we must keep in mind that this is not really a trading game.

Trading is somewhat present, but this is more like a shooter action-based game where trade lanes are, for the most part, purely cosmetic.

Overall I did enjoy this fresh new take on Space RPGs. I tend to prefer longer campaign-based games, but it felt fresh and I’m curious to explore the release version which will feature more content, stories and new gameplay mechanics.

It is not a triple-A game, but considering the budget for the game it truly is fantastic.

Development is still unfinished and unpolished. I will refrain from rating it. But I will point out that it looks gorgeous, has great potential for an enticing storyline and I’m looking forward to playing the final version.

Oh and by the way – do you enjoy refreshing indie games? Check out my post on Volcanoids – A steampunk survival-management game!